Preservation Dallas wanted to focus on the building, its preservation, and the important impact The Sixth Floor Museum has had 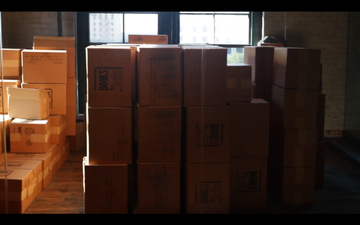 on Dallas’ West End district. The material was very sensitive and has a past that is full of controversy. Many Dallasites have wanted the building demolished as they felt the Texas School Book Depository has been a constant reminder of the terrible tragedy that happened on November 22nd, 1963. In the face of much opposition, key leaders in the community banded together and fought to keep the building intact and preserved, while also realizing its developmental impact on the city’s West End district.

We made the decision to take a documentary style approach that explores the struggle to initially save the building by creating an exhibition, and the evolution  from being an exhibition to become a collecting museum. 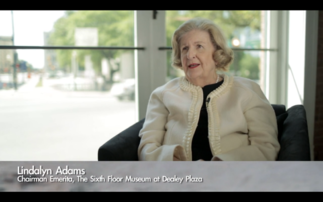 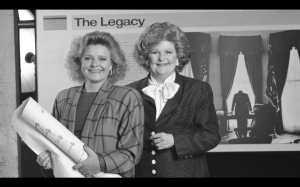 YouPlus incorporated historical footage with permission from the Sixth Floor Museum to give perspective on what the sentiment was like at the time. In addition, the historical footage coupled with footage of both Dealey Plaza and the Texas School Book Depository as they stand today, illustrates just how well the site has been preserved. 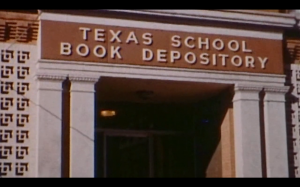 It was also extremely important to emphasize all that the museum does and how it has evolved from an exhibit to museum to collecting institution. The Sixth Floor Museum allows for people to step back into the actual space and take their personal journey into what happened that day. In addition, the museum is important to future generations and the future of Dallas. The memory of JFK, his legacy, and his teachings remain relevant today and must be preserved as a historical lesson for future generations to learn from. The plaza seeks to honor JFK and his legacy. To forget something as tragic as the assassination of President Kennedy would be a disservice to the world. Dallas has to embrace its history and move forward.

In our research, YouPlus found a quote from JFK that said, “History is the memory of nation.” In our minds, this was the theme of the video and the true message we wanted to convey. Life is full of tragedy, but it is what a nation does in the face of dark times that we define who we are The former Texas School Book Depository is the memory of the city of Dallas. While a terrible tragedy occurred in this space, to destroy it would be to destroy a piece of Dallas’ national voice and story. Dallas had to make many changes as a result of the assassination and our city came together to overcome the stain left on its image. It is that history and the bold moves of key individuals in the Dallas community that, in the face of tragedy, embodied President Kennedy. Dallas has used that tragedy as fuel to make a better world for tomorrow. 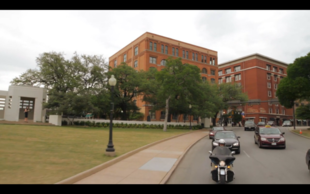 YouPlus Media used a documentary style approach to tell the story of an incredible organization and the events surrounding its creation. There are many organizations with a rich history that have an interesting story to tell. Telling your organization’s story is a great way to connect with your customer base or clients on an emotional level by engaging them with your organization’s historic significance. We believe the best way to reach your customers is to engross them with an interesting story that the viewers will care about rather than selling to them directly. As a result, you will entice them to learn more about what your company has to offer as well as differentiate your company from the competition.

YouPlus believes in telling stories and the power of sharing your story with the world. If you want to tell you story, please contact us at [email protected] or give us a call at 214.447.7492. We look forward to hearing your story and helping to bring it to life.